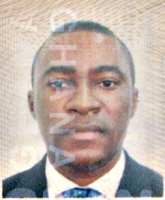 Is Kwadwo Addeah Prempeh really a best-selling author on the life of Ghanaian street children? — 2 October 2019 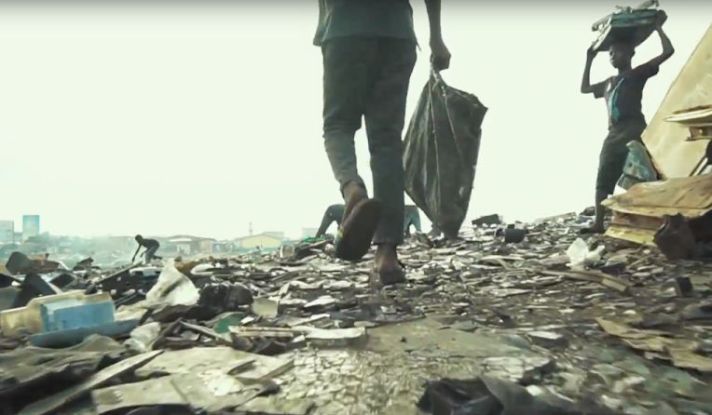 Is Kwadwo Addeah Prempeh really a best-selling author on the life of Ghanaian street children?

Kwadwo Addeah Prempeh claims he’s an award-winning best-selling author in his country Ghana. But is this really true?

Let’s first look at what he writes about himself. On Wijsheidsweb, a website of Dutch NGO Quest For Wisdom Foundation, he states:

“In 2004 I received my second big award in writing. I was awarded the UNESCO Best Children’s Writer in a completion that saw over one thousand people contesting and with me emerging as the winner.”

“While still in active service at the bank, I felt the urge to go out there and do more work that would rather solve the Nation’s problems other than just coming to sit in the office everyday doing credit and debit; and so I decided that my expertise in handling children could be of tremendous assistance in solving the issue of Ghana’s growing street children problem and this pushed me to volunteer with Chance for Children, a Swiss street children project with an office in Ghana, in 2010.”

“Out of that I came out with a book entitled ‘THE COURAGE OF TRUST, thoughts on reshaping the current machineries affecting street children in Ghana’, detailing all the horrors of being a street child in Ghana and Africa at large. This book was published and launched at the University of Ghana by the then Switzerland Ambassador to Ghana in 2012, and it immediately became a national sensation and bestselling book. The current Government of Ghana is now using the solutions I enlisted in the book to solve the issue of street children in Ghana.”

We fact-checked this information. First we contacted UNESCO Ghana to ask if Addeah Prempeh was indeed awarded as the UNESCO Best Children’s Writer in 2004. UNESCO is the United Nations Educational, Scientific and Cultural Organization. On September 27, 2019, we received the following response from Ama Serwah Nerquaye-Tetteh, the Secretary General at the Ghana National Commission for UNESCO:

“UNESCO does not have a Best Children’s Writer award. I have enquired and no one recalls any such award in 2004 either.”

Still, on his Facebook timeline Addeah presents a ‘certificate of honour’ of this competition, which by the coat of arms and signatories indicates that it was an event of UNESCO Ghana.

To double-check we asked UNESCO Ghana if this certificate is authentic or fabricated. Carl Ampah, a national program officer and considered by his colleagues “the institutional memory of the office”, couldn’t remember event, but said the signatures look real and one of the signitaries, Yoro Fall, worked for UNESCO Ghana at that time. He mailed a link to this article on GhanaWeb where a National Children’s Storybook writing competition in 2004 for pupils in the basic and secondary school is mentioned. But Addeah was 23 at that time, so how could he have qualified to join this competition? It sounds similar to the case with the World Bank essay prize that he claimed, but never won, and where he did not even qualify.

So we asked UNESCO Ghana to dig deeper and try to identify the person(s) responsible for this contest and who should be able to give a final judgement whether he really won this prize. On October 21 we received a response from a retired officer at UNESCO Ghana who stated that the competition was organized by the Alliance Française. She said: “I remember the gentleman very well. He was no. 1 in the out-of-school category.”

Apparently it’s very important for Addeah’s self-perception to display a prize he won 15 years ago. Even though – ironically – it implies that since 2004 he has not accomplished anything greater than this. It’s equally ironic that a person who claims to be Ghana’s ‘National Best Children’s Writer’, and calls himself ‘a citizen of humanity’, also produces this kind of garbage, showing a total disrespect for other human beings.

VOLUNTEER WITH CHANCE FOR CHILDREN

Chance for Children is a fundraising foundation in Switzerland and an accredited NGO in Ghana. The organization was founded in 1999 by Daniela Rüdisüli Sodjah and Amon Kotey, who both lead it until today. The NGO aims to “empower the street children in Accra to take their lives into their own hands. We achieve this by providing the children with love, safety and security as well as enabling them school education and professional training.”

Addeah Prempeh claims he worked as a volunteer with this organizaton between 2010 and 2012, so we contacted them with the following questions:

1) Is it true that Mr. Prempeh worked with Chance for Children in Ghana? If so, when and in what capacity? Did you check his background and experience with children?

2) Did Mr. Prempeh write ‘The Courage of Trust’, published in 2012? Did you give him the assignment to collect stories from street children and was your organization involved in the release of this book?

3) Is it true that it became a national bestseller in Ghana? If so, how many copies sold? Is it true that the government of Ghana is now using the solutions he enlisted in the book to solve the issue of street children?

For the first question it’s relevant to note that Addeah Prempeh claims he had “expertise in handling children” before he voluteered with this organization. It’s unclear where he developed this ‘expertise’, as he grew up in a prominent, well-cared for family, has no children himself, says he worked in the banking sector, and studied agricultural economics. There’s nothing in his CV that points to any expertise with children.

Chance for Children was not eager to respond. On its website the organization communicates the principle of “being open and honest in all our dealings at all times”, but when put to the test the response was disappointing. With Daniela Rüdisüli Sodjah being both the director in the field and the president of the foundation, the NGO doesn’t have a proper separation of duties. We had to address the board of the foundation in Switzerland to finally get some answers, until they didn’t like our questions anymore and transferred the case to their lawyer. On October 15 Rüdisüli Sodjah responded in behalf of the board:

“Addeah Prempeh was a volunteer at our Drop In Centre in Jamestown, Accra, from 1st September 2011 to mid-October 2011. He assisted our teachers and social workers in teaching the children who visited the Drop In Centre. Since we did not check whether Addeah had professional experience working with children at that time, he was hired as an intern. And he was only allowed to work with trained teachers and social workers at all times, in line with the quality standards of the Foundation.”

Chance for Children denied that they gave Addeah the assignment to collect stories from street children. He did that at his own initiative. The Foundation was however involved in the resulting book ‘The Courage of Trust’ “to the extent that we provided our opinion on extracts of the book and supported the book launch in March 2012.” They couldn’t tell if the book became a bestseller.

A BOOK ABOUT STREET CHILDREN

Two of our sources confirmed that Addeah Prempeh showed them the book cover of ‘The Courage of Trust. Thoughts on reshaping the current machinery affecting street children in Ghana’, which can also be seen on his desk in Wageningen. One source confirmed to also have read it.

In 2012 he officially launched this book on an event that was attended by his late father Dr. Kwaku Addeah, former director of the Bank of Ghana; Asare Dapaah, a lecturer at the University of Ghana; Andrea Samadeni, Switzerland’s ambassador to Ghana; Tan Chee Keong, counselor to the Malaysian High Commission; and Guy Amartiefio, the Greater Accra librarian of the Ghana Library Authority. The Ghana News Agency reported about the book launch on March 18, 2012. With sense of drama and urgency Addeah stated that:

“The gravest challenge facing the country is not flooding, an outbreak of diseases or the scourge of tribal conflict, but one that is capable of undermining the fabric of societal advancement: ‘streetism’. If nothing is done about this, the current generation might be the first to leave behind a weaker and fractured country than inherited. It is the responsibility of every citizen, especially parents, to fight against streetism. This fight should be a national fight devoid of tribalism and religious sentiments. It is time for the government to institute policies that will redefine life and bring a sense belonging to children living on the streets.”

Streetism is the living of homeless or unmonitored children on the street, especially when related to drugs, disease, crime, or delinquency. At the book launch Addeah admitted that although he had outlined some solutions which could be factored in government policies to curb streetism, his book primarily offers personal reflections on the stories street children told him.

As we’ve seen in the article about the Ghana Readers Club, Kwadwo Addeah Prempeh has a good antenna for public relations, and how to persuade VIPS to support his cause, but a closer look doesn’t show much substantial impact. For “a national sensation and best-selling book”, offering “the solutions to solve the issue of street children that the current Government of Ghana is now using”, it is remarkable that:

Weighing this, we consider it likely that Addeah self-published ‘The Courage of Trust’ in a small number of copies that never reached a wide audience. Mabye he has wet dreams about becoming “a national sensation and best-selling author,” but this certainly is not factual. Here again we see his strong sense of entitlement.

We have the impression that Addeah’s volunteer work mainly serves his desire for a humanitarian self-image. I also creates trust with others; trust that he abused on multiple occcasions to rip people off. He is a man with two faces: one is that of the compassionate, socially-engaged author; the other that of the ruthless swindler for whom lying has become a second nature.